It always half angers and half amuses me when people talk about “traditional medicine.”

Traditional medicine in its true sense is what our ancestors practised for thousands of years using animals, trees, plants and roots and their extracts.

There’s nothing traditional about the popping of pills manufactured by huge multinational pharmaceutical companies that our current health system is based on and encourages.

Let’s be clear about this.

When doctors, the press and people in general talk about traditional medicine, they really mean synthetic medicine.  For without the process of chemical synthesis, those huge pharmaceutical companies cannot register and protect a drug and make the exorbitant profits that they do.

You cannot put a trademark on something that exists in nature already.

Once you realise this, you can’t look at the current health system in the same way.  It’s not based on what is best for the patient.  It is based quite simply on making money.

There is a clear conflict of interest here.

How many times has your doctor suggested that you take a natural remedy and not a synthetic pill?  Probably none.

And why is that?

Because doctors are actively encouraged by pharmaceutical companies to prescribe their products.  In some instances they are even bribed to do so.  Doctors may receive a significant financial kickback when they prescribe a course of chemotherapy drugs, for example.

A natural remedy is often much cheaper and has fewer or no side effects.

Everybody is always complaining about the rising costs of health insurance and expenses.

So why not do something about it and use natural remedies instead of synthetic ones?

So if you missed an episode or two or never got around to looking at the series, here’s your chance to make up for lost time.

I watched this series in October 2015 while in Corfu.

It doesn’t sound like the sort of thing to watch on holiday, but I sat and watched the first couple of episodes on the terrace in front of the studio we were renting and I was so passionate talking about them that my wife finally had a look. After that, we sat together and watched an episode each morning. The weather was pretty appalling, so you have to imagine us watching on a laptop on this covered terrace, turning the volume up to max when the rain really came down.

We were fortunate to have a roof on our terrace, I can tell you.

It’s hard to describe the impact these films had on me. I experienced many emotions while watching, but if I had to choose one, it would be anger. Anger that so much suffering is caused by treatments that just don’t work, that so few people seem to be aware that there are natural alternative protocols to the cut, poison and burn strategy of ‘conventional’ medicine. Anger that over $600 billion have been donated and spent on cancer research without anything to show for it except higher dividends for shareholders in the big pharma companies.

It’s got to stop. People have to wake up. Your doctor is not necessarily your best friend and advisor. There are conflicts of interest.
And in the end, the only person responsible for what you do or allow to be done to your body is YOU.

For me, watching this series galvanized me into action. In the last six months, I’ve done more research into health and diet than in all my 60 years (birthday next month!) put together. I’ve always done some kind of exercise, and I’m in fairly good shape, but I’m determined to approach old age on my own terms.

I’m tired of hearing people say that it’s normal for someone to be in crappy condition because he or she is old. No, it isn’t. And it isn’t a fatality. We can all look after ourselves better.

But for that to happen, we have to value our physical, mental, emotional and spiritual health more than the accumulation of wealth and objects.

So my advice is to watch half an hour of the first film in this series.

If you don’t like it, then you can go to the mall and buy yourself an ice cream.

But don’t say, “Oh, I don’t want to think about this. It’s so depressing. It makes me afraid.”

Your life or the life of a loved one might very well depend on your taking the time to watch these films.

Isn’t that worth more than buying a new shirt that you’re never going to wear anyway?

*“The Truth About Cancer: A Global Quest”

And yes, if you click on the link I do stand to gain a dollar or two as an affiliate. But if you think I’m suggesting that you look at the films so I can earn some money, you haven’t understood the whole point of this website.

Have a great weekend, whatever you decide to do. 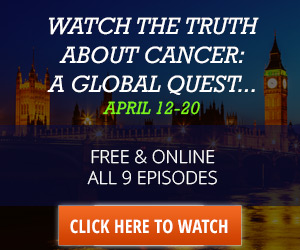 Just a reminder that the series of excellent films on cancer:

So even if you have missed the start of the films, you still have time to catch the later programs on the internet for FREE if you so desire.

You might learn something that will save your life or the life of someone dear to you. 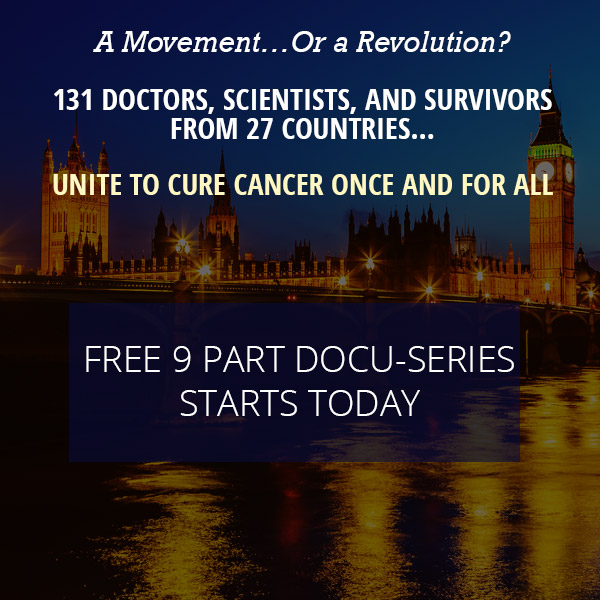 You’ll be glad you watched!

Just to let you know that the fascinating and eye-opening documentary series “The Truth About Cancer: A Global Quest” is showing again on the internet for free starting 12th April 2016 at 9pm USA Eastern Time.  More details at:

This is a must-see series for anyone who wants to be properly informed about cancer, its causes and remedies.  As 1 in 3 of us is likely to be diagnosed with cancer during our lifetime according to the latest predictions, we owe it to ourselves to know what we’re dealing with.

This series offers viable alternative solutions to the standard cut, poison and burn treatments that conventional medicine has used for decades and continues to use without any real regard for patients.

I guarantee you will come away from watching these films with a new sense of hope with regard to this devastating disease.  As Ty Bollinger, the producer says, a diagnosis of cancer need not be a death sentence.

Hope you find this invaluable.

Here is the second most valuable health comment I’ve ever heard:

“… you have to be sick in order to develop cancer. You know, you don’t get cancer and then you’re sick.”

Much as we would prefer not to think or talk about it, cancer concerns all of us. The current prediction is that 50% of men and 33% of women will be diagnosed with cancer at some point in their lives.  And even if we don’t fall ill ourselves, we all have family members, friends or colleagues that we have lost as a result of this scary disease.

Unfortunately, there is a lot of misinformation about cancer and much of the scariness resides, not in the disease itself, but in the so-called ‘cures’ that conventional medicine has to offer: surgery, chemotherapy and radiation.

Your doctor will almost certainly not tell you, for example, that chemotherapy is useless in many cases or that the five year survival rate for patients that is attributable solely to chemo treatment is calculated as being 2.1% in the USA and 2.3% in Australia, according to a 2004 Australian study.

See also this article which seeks to put this study into perspective from an anti-alternative treatment vantage point.

Your doctor will also certainly not inform you of any conflict of interest involved in prescribing a chemotherapy treatment. In many countries, such as the USA and France, doctors receive a significant financial kick-back from pharmaceutical companies when they prescribe such drugs.

But there is hope.

There are many alternative treatments and natural protocols out there, many of which work astonishingly well.  It’s just that people lack the knowledge to make informed decisions about how to deal with cancer and perhaps even more important, how to prevent it.

Ty Bollinger of * The Truth About Cancer lost seven members of his family to cancer and its conventional treatments, and as a result, he has made it his life’s work to discover the truth about cancer, to reveal the misinformation inherent in the health industry as we know it and to inform the general public about alternative and natural cures and preventative protocols.  His website, films and work literally save lives and give real hope.  As he says, a cancer diagnosis need not be a sentence of death.

I do heartily recommend that you visit the site:

to find out about the real causes of cancer and what you can do about it.  Your life or the life of a loved one may depend upon it.

Watch and/or buy the films that Ty has produced:

The films contain numerous interviews with specialists, from all over the world in the case of “A Global Quest,” and cancer survivors.  The documentaries are extremely well-researched. I can guarantee that you will learn many things from the experience, some of them truly shocking.

But the most important thing you will carry away from them is hope.

I wish you a wonderful week.